We pride ourselves on hiring only the best instructors. All of our instructors have numerous years of experience in their area of expertise, along with a passion for what they do. Our greatest pride is the atmosphere of family and friendship present at Center Stage. Read below to meet some of the members of our dance family. 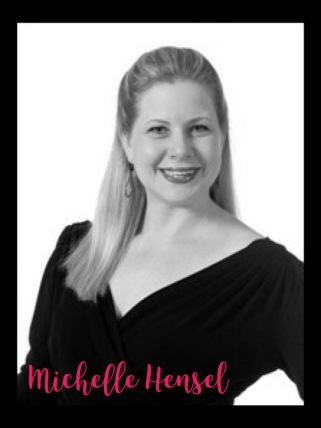 Michelle has had more than 30 years of dance experience and 20 years of teaching experience. After earning a Bachelor’s of Arts in Dance from Sam Houston State University, she went on to complete a Master’s of Education at Texas A&M University. At Sam Houston State University, she choreographed dances for the spring show and danced in ChoDance Company. She was a member of Chi Tau Epsilon, a national dance honor society. She has taught all ages of students in a variety of dance forms. Michelle has choreographed several award-winning routines at national dance competitions. She has had dancers win National titles under her direction and has won recognition for her choreography.  Michelle has studied under Dana Nicolay (former dancer of the Royal Winnipeg Ballet, Houston Ballet, and Dayton Ballet), Jonathan Smith (former Broadway Dancer in A Chorus Line, Jesus Christ Superstar, and many others), and Jennifer Pontius (former member of Pacific Dance Ensemble and Birmingham Ballet). She opened Center Stage in 2004 and looks forward to many more years of teaching.

Monica has been actively involved in the dance world since the age of three. She grew up dancing with Center Stage Productions in College Station, Texas. Dancing on their Platinum competition team, she attended numerous national competitions and conventions in New York City, Las Vegas, Orlando, Oklahoma City, and more. Her specialty dance style is tap, prompting her to attend Slide, a week-long tap intensive in NYC. Monica has studied and competed with ballet, jazz, tap, contemporary, pointe, lyrical, hip-hop, kick, pom, and country-western swing pieces. She danced in the Macy’s Thanksgiving Day Parade in 2008 and 2009, and has recently provided master classes and choreography for the Rouse Royals Drill Team. Monica is a graduate of Texas A&M University and loves to read, run, two-step, travel, and dance. She is thrilled to share her love for dance with students at Center Stage.

Ms. Tori earned her Bachelor degree in Music Theatre at Arizona State University. Tori began instructing students at the middle school and high school level in a range of genres, from ballet and tap to modern, jazz, and even flamenco. Along with her teaching, Tori also has an impressive performance background. She currently sings with The Pictures and Stella and the Hey Dudes. She is also the worship leader at Pflugerville Community Church. She has performed in several professional musical theatre productions including “Smokey Joe’s Café”, Delee (for which she won an award for Best Female Lead), “The 1940’s Radio Hour”, Connie, two productions of “A Chorus Line”, Bebe and Connie, “Footloose”, Ariel, and “The Music Man”, Zaneeta. She was also a featured dancer and singer in a show based on the history of her hometown called Viva! El Paso. Tori has been trained in ballet, tap, jazz, lyrical, modern, clogging, flamenco, and folklorico by various instructors in both El Paso and Phoenix. Her two daughters, Elyssa and Isla, are enrolled in classes at Center Stage.  Tori has led many company teams, solos, and duets to compete on the national stage.  She is delighted to work with dancers of all ages, levels, and styles to help them find their own passion for dance.

Carla comes to Center Stage with more than 25 years of dance experience. She began her training in Houston, TX and has formal studio training in ballet, pointe, jazz, lyrical, and tap. She was a member of both Ballet Grace and The Jazz Co under the direction of Cookie Joe. While in high school, she taught multiple classes of varying styles at the studio. Carla attended The University of Texas at Austin and earned her Masters in Professional Accounting and CPA license. She was a member of The University of Texas Dance Team for four years, served as Assistant Director, and choreographed multiple dances for the annual Spring Show. Carla and her family reside in Leander. She is excited to share her experience and passion for dance with the students of Center Stage.

Kassie began her dance training with Nancy Sulik and Kay Ledbetter in Corpus Christi, Texas. While in Corpus she performed with Corpus Christi Concert Ballet taking on many classic and neoclassical ballet roles under the direction of Nancy Sulik and Thom Clower. In the summers she studied with Ballet Austin, Glenda Brown Choreography Project, and Burklyn Ballet Theatre. She holds a BFA from the University of Texas where she danced for the university’s Dance Repertory Theatre performing works by Ohad Naharin, Mark Morris, David Parsons and Merce Cunningham as well as many faculty and student works. She has toured in Austria twice with Young! Tanzsommer performing with Dance Repertory Theatre as well as Corpus Christi Concert Ballet. She has performed with the Andre Torres Dance Company in their 2014-2015 season and The Theorists’ “Hiraeth.” Currently she is dancing with Shen Jun Movement Effect. She loves sharing her talent and expertise with the students of Center Stage.

Lindsey was born in Germany and grew up in El Paso, Texas. She started her dance career in classical ballet at age 13 and continued for 6 years under the direction of David Alejandro Duran. After graduating high school, she traveled abroad for 7 months in Germany and China where she experienced many native dance forms. After returning, she moved to Austin and began choreography and improvisation classes with Darla Johnson. After gaining her Certificate in American Sign Language Studies, she transferred to Texas State. She was a member of Merge Dance Company and traveled to perform in Trinidad. She was also the president of Transient Dance Collective. Her dance films, Refine and Imprisoned, have both been selected for film festivals. Lindsey graduated with her Bachelor of Fine Arts in Dance with an emphasis in Performance and Choreography. She’ll be performing with the aerial dance company, Blue Lapis Light, this fall. Lindsey enjoys dancing, sewing, and her black cat, Coco. She is excited to be teaching the students at Center Stage!

Brylee has been dancing since the age of 2.  She was the captain of the Liberty Belles drill team at Liberty Hill High School her junior and senior year.  Throughout her dancing career, she has earned many titles and awards including the NextGen Artist Scholarship, Miss Danceline USA 2018, and overall national championships. She has extensive training in ballet, jazz, tap, hip-hop, contemporary, lyrical, and pointe. Brylee has been with Center Stage for 14 years as a student and an assistant. She discovered she has a true passion for teaching dance and passing on her knowledge. She hopes to continue dance throughout college and then professionally. She is thrilled to be sharing her love for dance with students at Center Stage.

Brittany earned a Bachelor of Fine Arts in Dance and a Minor in Management from Sam Houston State University (SHSU). Brittany began dancing at the age of three in Austin, TX. She has advanced training in ballet, tap, jazz, modern, contemporary, hip-hop, improvisation, partnering, and Pilates. Brittany has performed for notable artists such as Andy Noble, Dionne Sparkman Noble, Dana Nicolay, Evelyn Toh, and Vincent Calleros. She performed at The Vortex Theatre as a part of The Austin Tap Ensemble and danced professionally for Nicolay Dance Works in “A Wynne Home Alice.” Brittany also performed in two works at the American College Dance Association (ACDA) South-Central Conference, both of which were chosen for the ACDA Gala Concert. In addition to performing, Brittany presented her own choreography in several shows at SHSU, and set work at McNeil High School on both the McNeil Majestics and the McNeil Sapphire Dancers. Brittany is a strong believer in fostering a love of dance within her students and is excited to share her passion for the art form.

Maggie has been part of the Center Stage family for the past 15 years as a student and assistant instructor. She was a member of many competitive teams at Center Stage and received numerous awards and honors. Maggie has also been involved with the Austin City Ballet Dance Company, where she performed various roles in The Nutcracker. Maggie attended many dance conventions and clinics in the state of Texas including the world-famous Kilgore Rangerettes camp. She also took a musical theater workshop in New York City and attended classes at The Broadway Dance Center. Maggie is currently involved with the Vista Ridge Rubies Dance Team where she holds a leadership position. She has been trained in many dance styles such as ballet, pointe, contemporary, lyrical, pom, and jazz. Maggie loves being a part of the Center Stage family and looks forward to a wonderful year.

Maddie has had a love for dance since she was a little girl. She concentrated her training of dance in Pom, Jazz, and Hip-Hop but has also trained and performed with many other styles. Maddie was on her varsity high school drill team for four years and served as the Senior Lieutenant throughout her final year. Maddie was also a member of the senior dance company at Center Stage. After graduating high school, she became a Blinn Treasure on her college dance team and has won a National Dance Alliance National Championship twice in Daytona Beach, Florida. Maddie is looking forward to sharing her love of dance in a fun, dynamic environment.

We are accepting instructor applications. We are always looking for energetic instructors who love working with kids and sharing their talents. Send your resume to centerstageleander@gmail.com.