This post is long overdue, as in 3 months past due.  If you have driven down Crystal Falls Parkway, you have seen that the new building is much further along than the pictures below.  For the purpose of being able to look back on the start of our new studio, let’s rewind back to the beginning when our studio was nothing more than this pile of nicely compacted dirt. 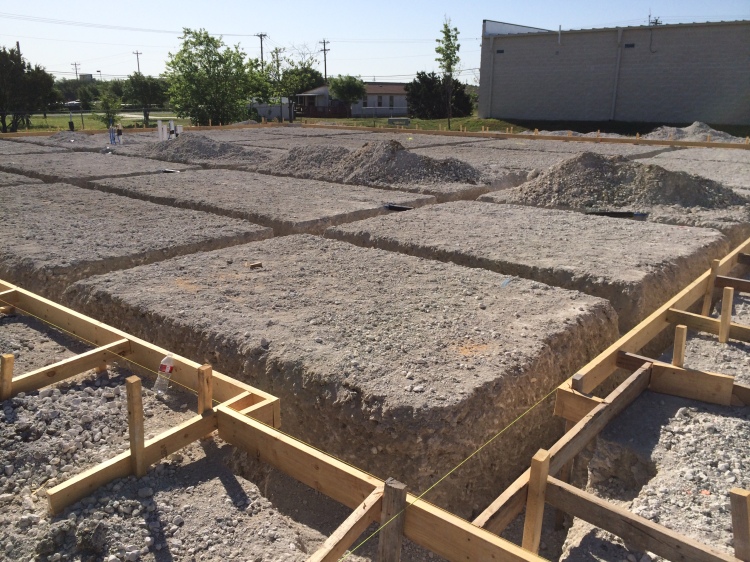 One of our dance moms gave us the idea of placing a Bible in the foundation, and we loved it.  I wrote a prayer inside the cover and took it out to the site.  The crew all loved the idea too! 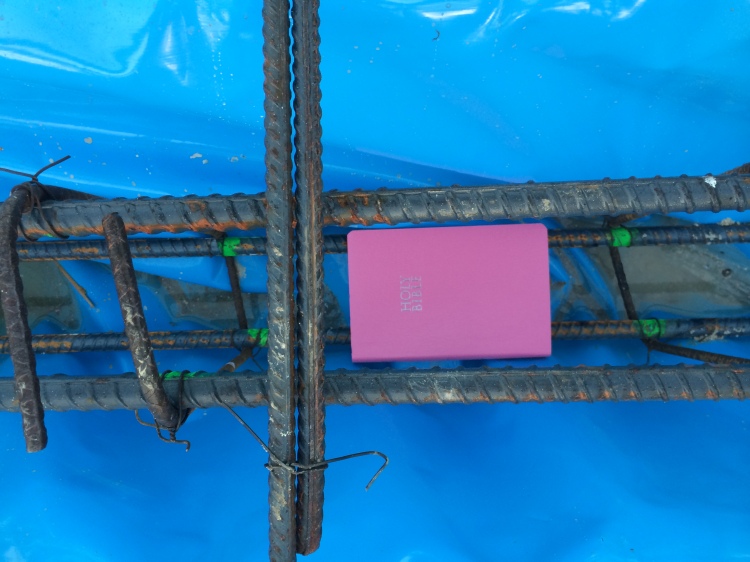 I ran over to the site one very early April morning on my way to dance competition to watch a line of cement trucks pulling in to the driveway ready to pour the foundation.  It really was fun to watch. 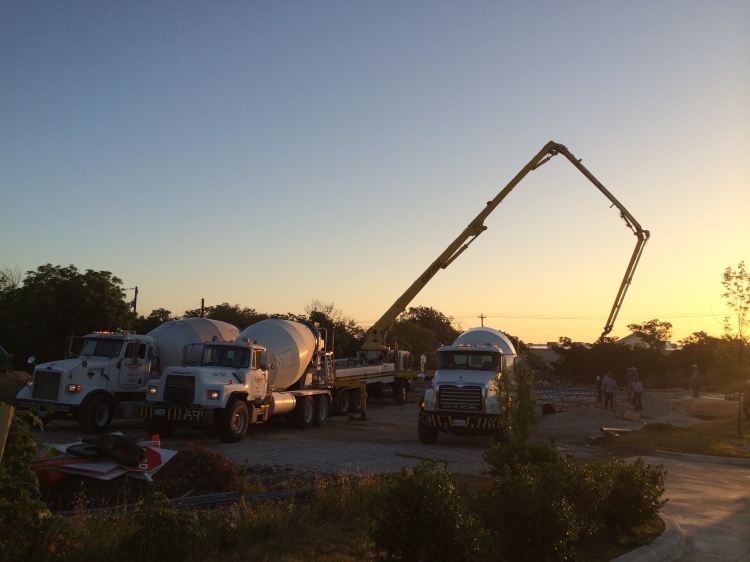 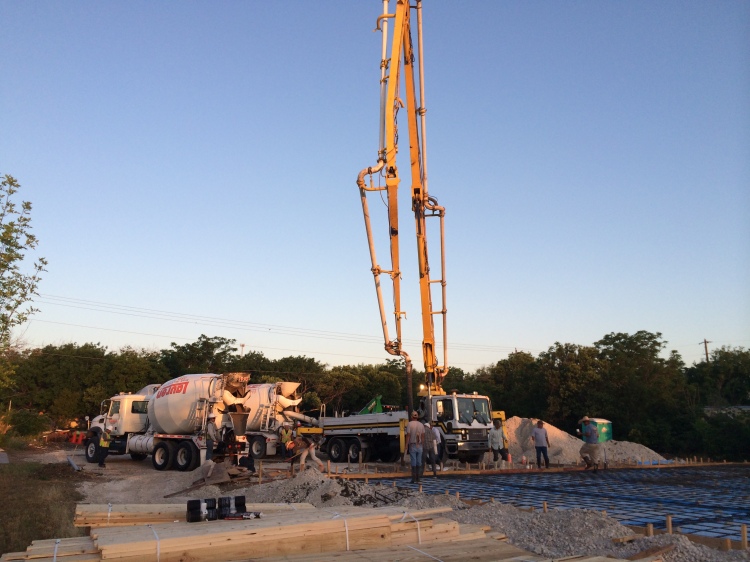 The slab is poured!

I was very excited to drive by a little while after the slab was poured to see that we had the beginning of walls.  We had looked at dirt for so long (raked dirt, piled dirt, compacted dirt, etc., etc.), it was quite a shock to see that we were now moving vertically!

Not long after that, we could begin seeing future rooms. 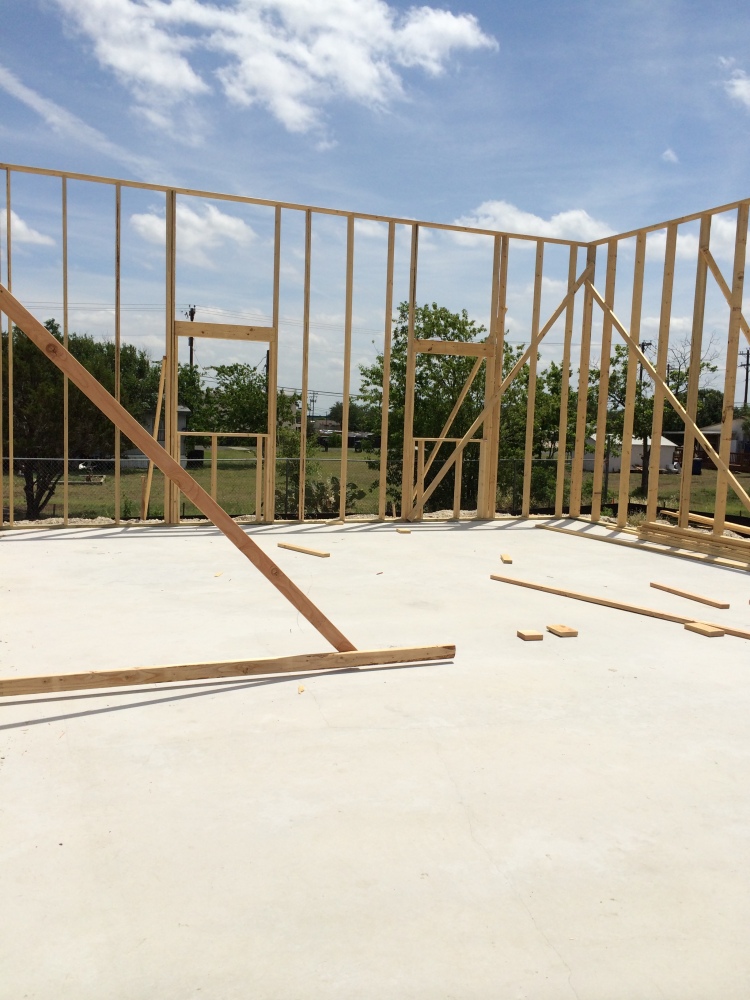 Walls, walls, and more walls!  At this point, I could start walking though the hallway and dance rooms picturing what it would all look like.  And, I might have done a few pas de bourrées, glissades, and jetés to test out the rooms.  And, the framing crew might have looked at me like I was very strange.

The future lobby.  Doesn’t it look so cozy with all the power tools?  It will be much cozier, I promise.

Exterior walls of the new Center Stage all framed up.  Stay tuned to see more of the building process. 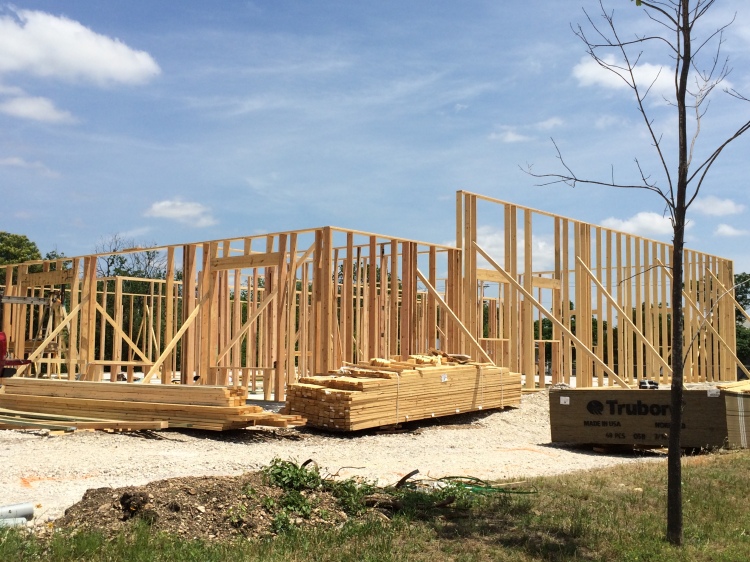 View all posts by csdance